MILLE MIGLIA – THE MOST BEAUTIFUL RACE IN THE WORLD 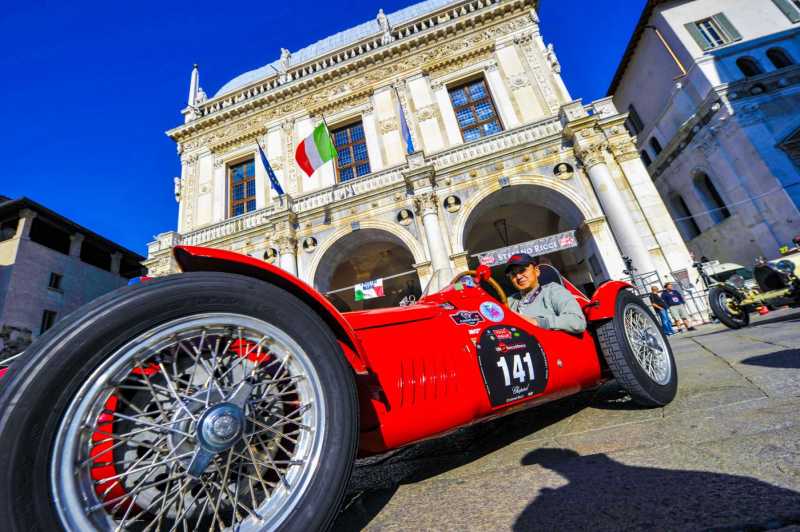 Have you ever wished to see unique vintage cars, made before 1957? The right chance to admire these cars is the Mille Miglia Race. Every year, old cars from all over the world parade along the streets of the city centre of Brescia, starting from Viale Venezia, in the race which is considered the most fascinating in the entire world.
And guess what? You’re lucky! Because the city of Brescia is only 35 Km far from our Camping, Europa Silvella.

This city is the main one of the biggest Italian Province and it’s small, but very rich of attractions: two UNESCO heritages (Museum of Santa Giulia and Brixia Romana), a medieval Castle characterised by a big park where you can enjoy a beautiful view of the entire city, an important Art Gallery where you can have a walk in the Renaissance of Brescia through many beautiful paintings, and many characteristic and historical squares: Piazza Paolo VI (or the so-called Piazza Duomo), Piazza Vittoria, Piazzale Arnaldo and Piazza Loggia (the symbol of the city of Brescia, with its majestic palace and the characteristic clock and bell).

Brescia, the theatre of the huge event of the start of Mille Miglia and of the prize-giving ceremony, is the first stop of this Race, followed by the cities of Cervia, Urbino, Terni and Rome, the capital city of Italy.
Mille Miglia Race has a special and historic tradition: the first official race took place in 1927, until 1938, then, starting from the year 1947 it has become the most important annual event of the area of Brescia.

This year, the start will be in Viale Venezia, in Brescia, at 2:30pm (Wednesday 15 May), after the traditional check of the vintage cars, called “punzonatura”. The cars will compete along the streets, until Cervia-Milano Marittima (Wednesday 15 May), Rome (Thursday 16 May), Bologna (Friday 17 May), and then they’ll come back in Brescia on Saturday 18 May.

The Staff of the Camping Europa Silvella suggest you to enjoy the parade and the start of the race in Piazzale Arnaldo, while sitting on the grass or in a bar, maybe while tasting a good Pirlo (our typical drink for happy hours) or a glass of wine “bollicine di Franciacorta”. Or, another possibility, while walking along the streets called Corso Magenta or Corso Zanardelli.
You suggest you also another interesting thing: while you’re walking in the city centre, have a look (if the big wooden doors are open) to the old courtyards of the biggest palace of the city.

The vintage cars of Mille Miglia will come back in the city of Brescia a few days later: on 18 May, for the conclusion of the race with its typical prize-giving ceremony to the winner of the race in Piazza Vittoria and the Mille Miglia – The Night: shops, bars, taverns and museums will be open until Midnight and, furthermore, every square will be animated by different concerts and shows. A characteristic and original event, to which you cannot absolutely miss.